As a compromise to YouTube’s recent restructuring of its YouTube guidelines and privacy policy, the online video streaming platform has decided to continue displaying its popularly used YouTube like and dislike button features for its viewers as an accommodating gesture in undertaking its initiative to maintain the safeguarding of video creators against “dislike attacks” carried out by online trolls and cyberbullies.

“At YouTube, we strive to be a place where creators of all sizes and backgrounds can find and share their voice. To ensure that YouTube promotes respectful interactions between viewers and creators, we introduced several FEATURES and POLICIES to improve their experience.” – MATT KOVAL (YOUTUBE CREATOR LIAISON)

“We want to create an inclusive and respectful environment where creators have the opportunity to succeed and feel safe to express themselves.” – Matt Koval (YouTube Creator Liaison)

Undergoing to protect the creative rights of video developers posting content via the online streaming platform, YouTube raises compelling viewpoints through an expressed rationale that outlines its intentions to maintain emotional integrity by instating its ‘dislike count’ censorship mandate for the betterment of its creatives.

As a result of YouTube’s decision having recently taken full effect, some backlash has begun to surface from YouTube subscribers/viewers and other online users from all corners of the web who’ve raised strong counterarguments against the readjustment measure of the site’s ‘dislike count’ feature.

By removing the ‘dislike button’ count feature from its online video viewing platform, YouTube says it’s put this reconfiguration measure in place to reduce stress and embarrassment for creators and to protect users from instances of “dislike bombing” – when there is a coordinated move for people to dislike a video to put off potential viewers.

When bullying happens online through commenting and pressing the dislike button, it can feel as if you’re being attacked everywhere and there’s no escape from the digital torment. Cyberbullying has long-lasting effects that impact online users in many ways, such as:

Tied in with the bothersome effects experienced by online users, the severity of cyberbullying as an unsavoury form of online vexation affects many daily. The feeling of being laughed at or harassed by others online often prevents people from speaking up or trying to deal with the problem and, in extreme cases, cyberbullying can even lead to people taking their own lives.

Making a conscious effort to detour cyberbullies and ‘internet trolls’ from fleetly spreading their mean-spirited online wrath upon content creators, the video streaming platform has taken a firm stand against intentions made by users harboring an overarching agenda to unfoundedly discredit the creative works of YouTubers alike.

As such, some would argue that YouTube’s newly introduced ‘dislike button’ count measure has the potential to significantly reduce these kinds of isolating online burdens and cyberbullying scenarios.

Small-scale Bradford based Uni student and music enthusiast Kenzo Jae is a content creator with a small following on YouTube, where he promotes his craft. As an active online user familiar with the video streaming platform, Kenzo has since weighed in on YouTube’s decision to hide its ‘dislike’ totals to prevent the onset of any forms of apprehension experienced amongst creators about what the reception to videos from the online community might be, saying that YouTube removing ‘dislike’ totals is beneficial for aiding in the mental health of creators:

“You might put your heart and soul into something and then it doesn’t come out the way you want it to with likes or dislikes – that can be disheartening. On my Instagram account I’ve taken all likes off and it’s helped with not caring about the amount of people liking it.”

Through research conducted by YouTube earlier this year to test out hiding the ‘dislike’ total count from its viewers, it was established that the experiment reduced coordinated attacks by online trolls working collectively to accumulate huge dislike numbers on creator video content.

Designed to protect video creators from having to endure online harassment and cyberbullying at the fingertips of internet trolls, YouTube’s ‘dislike’ count measure was introduced to streamline and safeguard production originality in the makings of all kinds of content showcased on the widely popularized platform by a slew of creators – both small time and big time. 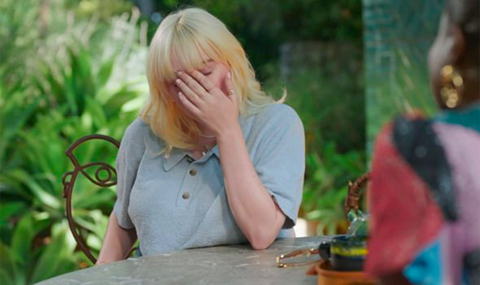 Despite her widespread contemporary appeal and the celebrated critical acclaim for sharing her musical gift with the world at large, the California native still can’t quite seem to get those pesky internet trolls off her trail to superstardom, saying:

“What is the point of trying to do good if people are just going to keep saying that you’re doing wrong. I try so hard to do good for the world and do good for people.” – Billie Eilish

Despite efforts made by the online video streaming site to curb cynicism surrounding videos posted on its platform, counterarguments and commentary have been posed by those who deem it necessary to keep ‘dislike’ counts just as visible to YouTube viewers as the ‘like’ counterparts are.

In the aftermath of YouTube reconfiguring its analytical features and policies with the overarching objective of endorsing a respectful online environment for its creators, the decision made by the online video streaming platform to remove its ‘dislike’ count viewer visibility feature has proven to be a widely contentious one, with some major backlash subsequently invited into the fray by creators, viewers, and – get this – one of YouTube’s very own co-founders, Jawed Karim, as well.

Speaking out against the company’s decision to remove dislikes from all videos, YouTube co-founder Jawed Karim says it’s not a good idea for creators, explaining:

“The ability to easily and quickly identify bad content is an essential feature of a user-generated content platform. Why? Because not all user-generated content is good. It can’t be. Most of it is not good. And that’s ok. The idea was never that all content is good. The idea was, however, that among the flood of content, great creations are waiting to be exposed. And for that to happen, the stuff that’s not great has to fall by the side as quickly as possible. The process works, and there’s a name for it: the wisdom of the crowds. The process breaks when the platform interferes with it. Then, the platform invariably declines. Does YouTube want to become a place where everything is mediocre? Because nothing can be great if nothing is bad.” – Jawed Karim

Backlash from the Online Community

With some content creators admitting that this transition could potentially help their mental health, others argue that the decision is not very helpful, with YouTube’s announcement of the move garnering over 53 thousand dislikes by its users.

Another compelling argument by the online community to rebuke YouTube’s new ‘dislike button count’ policy sites many users who’ve expressed that they’ll miss the dislike totals, with numerous comments saying “RIP dislikes” on one of YouTube’s most disliked videos ever, which received a total of 5.6 million dislikes after the video’s creator called on fans to dislike it.

In addition, sentiments surrounding the potential of ‘dislike’ totals to help steer users from instances of clickbaiting have been circulating the web, with one YouTube video creator, Chris Burton, from Hampshire saying:

“You want to immediately know how good the video is before you watch it. A lot of the time, you can’t trust the title or thumbnail. If you see a tutorial video and it’s got almost all dislikes, you know it’s not going to help you.”

Although Chris says it certainly gets rid of the cyberbullying aspect of “dislike bombing”, he still stands firm in his conviction that this isn’t the manner through which 99% of people are using the dislike button.

Two Sides to the Contentious Coin over YouTube Removing Dislikes

Despite divided opinions over YouTube’s recent decision to give ‘dislike’ totals a ‘thumbs down’, there are valid arguments for and against the ‘dislike count’ measure that YouTube has put in place.

According to ‘The First Amendment’ and the exercising of one’s freedom of expression, social media platforms can censor what people post on their websites as they see fit and, as such, it’s noteworthy to delve deeper into YouTube’s overarching agenda to reduce online harassment via its video streaming platform by unpacking its ‘ongoing work to tackle hate’ over the years.

Through YouTube’s new ‘dislike’ count privacy policy, online users can now overcome instances of cyberbullying and creators can begin to regain confidence in their work as well as further fortify their mental health in the process.

Aspiring to break free from the parameters of mediocrity, YouTubers are striving to exercise their freedoms of creative expression without falling victim to ill-willed ‘dislike attacks’, which is the outcome YouTube has been endeavouring to reach through its restructured ‘dislike’ policy.

Unfortunately, given the snowball effect of creative concern arising from YouTube’s original ‘dislike count’ visibility feature, a rapidly developed ‘new normal’ has seen users digitally embody the form of cyberbullies and internet trolls who misuse the ‘dislike’ feature altogether, subsequently setting a stage for harmful online mischief targeted at the billions of active users subscribed to the video streaming platform.

YouTube’s active efforts to curb this confidence-killing reality amongst video creators, however, hasn’t been met without a fair amount of sound and sensible debate by the online community at large.

Although resulting in unforeseen online casualties, it can also be argued that YouTube’s initial intent to include the ‘dislike count’ feature as a harmless measure for identifying good content versus bad content does not warrant a complete overhaul of the policy altogether, as it’s evident that a significant number of online users prefer to have the ‘dislike count’ feature visible to all viewers and video enthusiasts perusing through the streaming platform to constructively share their feedback and commentary with other online subscribers/viewers.

Where To From Here for YouTube’s Dislike Count Removal?

When it comes to content creation, there’s always room for improvement in your craft and this is often encouraged in a positive non-invasive way.

So, should you independently decide to put your video production skills to the test by learning new techniques and tricks to the trade, here’s a list of the Top 10 YouTube video production tutorials of 2021 to set your journey to creative genius in motion:

Whether people like your video content or not, you’re on YouTube be noticed and we all know about the burden that comes with fame. Hugely successful influencers and vloggers may face criticism and praise and what it comes down to ultimately is how you deal with it yourself.

Zanda Simamane
South African wordsmith Zanda Simamane is an enthusiastic, cheerful, conscientious, and talkative individual who is likely to express my emotions, enjoy change and exhibit a lively attitude. In addition to being warm-hearted and outgoing, he is actively interested in others and tolerant of them. Throughout his career, Zanda's exceptional copywriting, editorial, and communication skills have proven valuable in his diverse fields of interest, some of which include Copywriting, PR & Marketing, Entertainment & Fashion Journalism, Social Media, Tech, and Influencer/Talent Management.