When we were first given iPod touches and shown how apps could bring our favourite games to life many years ago, many of us didn’t quite realise how far this would go. Now, in 2020, mobile gaming is slowly but surely becoming one of the most popular forms of gaming, with many big-name developers opting to present their games on mobile platforms.

In this article, we are going to look at why mobile gaming has become so popular over recent years including the fact that it is more convenient these days and there is a larger choice of mobile games provided. Keep reading to find out more.

One of the things that consumers in 2020 enjoy is convenience. We like to be able to access our games when we want and where we want. This isn’t always possible with consoles that don’t come in handheld versions such as the Nintendo Switch. Convenience is key in many aspects of life and now mobile games allow players to enjoy games all the time. Whether they are on the bus or on their sofa, gamers don’t ever have to stop playing mobile games as long as they have an internet connection and a smartphone with their favourite mobile gaming app.

In the past, mobile games were simple and often involved just a few rounds. You would play sudoku on your phone or maybe even a board game. Now, big developers are making their games accessible on mobile devices and players can even play with others on different platforms. With everything from crosswords to roulette available on mobile devices, the possibilities are endless.

It would be impossible to discuss the growing popularity of mobile gaming without referring to the devices that these games are played on. Smartphones have come a long way over recent years and as the screens get larger and more detailed, the games can be improved. Now, people can almost feel as though they are playing games on a tablet as their phones have wider screens. This advancement in technology has led to an increase in the popularity of these games, however, many people still do play games on consoles or laptops as well.

As you can see, there are many reasons why mobile gaming is gaining more fans with time. With more people making the switch from console games to mobile games, we expect this to increase in the future. Make sure to keep an eye on the companies creating mobile games as they start to implement new technologies such as augmented reality to improve the player’s experience in the coming years. 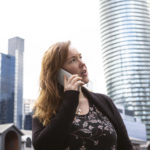