Are you looking for a new gaming screen that is precisely tailored to your hobby? But you are not quite sure which qualities he should bring along? Which stats are really crucial? Then we want to give you a helping hand and help you find the right monitor. Find out more here at Voucherful.co.uk

Gaming monitor: what to watch out for

If you want to buy a new gaming screen, you are often literally showered with facts. The manufacturers advertise with high-resolution, large displays, fast response times, and curved monitors. What you really need from it is usually determined by your style of play. Do you love the responsive online shooters and battle royal games? Or do you prefer to wander through lovingly and detailed landscapes in (MMO) RPGs?

But not only your game selection is decisive, but also the rest of your setup. Because if your graphics card does not yet support 4K, a corresponding screen will not help you. Before we dive deeper into the matter, however, we want to give you a rough overview. So these factors are important for your selection: 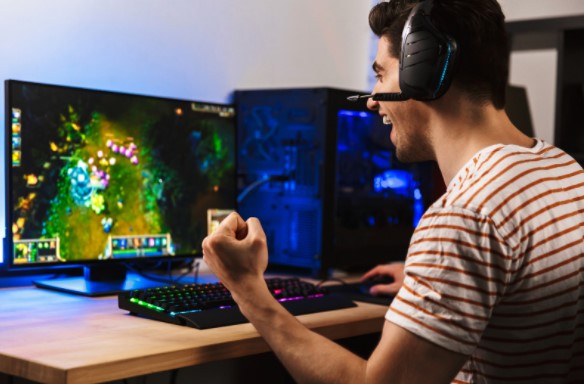 Let’s start with the easy-to-see features of the gaming monitor first. For most gamers, the first thing that matters are how big the new screen is and how well it displays a picture. While there are quite a few 4K models, these are only worthwhile from a size of at least 27 inches, because otherwise the difference in pixel density is barely noticeable.

A 24-inch Full HD screen is cheaper and absolutely sufficient for most games to play them with the best graphic quality. At 27 “, however, WQHD is appropriate. By the way: bigger doesn’t necessarily mean better. While the individual objects are displayed larger on a 35 “screen, with a 24” model you have a much better overview. This is often an advantage, especially with shooters.

Speaking of 35 inches: this size is now the standard for curved gaming monitors. These also bring a new format: 21: 9 in contrast to the familiar 16: 9. If you mainly play role-playing games but also racing or strategy games, these variants are definitely recommended. Because with them you can enjoy the full gaming experience and have even more the feeling of immersion through the slight all-round view and feel like you are in the play area.

We have already mentioned it a few times: For fast games, you need the appropriate reaction speed, otherwise, frustration quickly arises. So while 60 Hz is still sufficient for a single-player RPG, it looks quite different with shooters and battle royal games. Here you should set at least a transfer rate of 144 Hz. Of course, 240 Hz is also possible.

However, it should be said that 144 Hz variants are still affordable for a Full HD resolution, but are much more expensive with WQHD. In the 4K area you are already in the highest price segment. As a small consolation, it should be mentioned at this point that there are currently hardly any graphics cards on the market that can manage 144 Hz in 4K for AAA titles.

The response time, however, depends on the type of display. TN panels (twisted nematic) have the fastest times (around 1ms). However, their color and contrast display is clearly limited and is only displayed well if you look directly at the screen. The IPS panel, on the other hand, has better options here, but has to deal with response times of between 5 and 9ms. This is often too slow for shooters. VA panels promise something in between, but in reality only rarely achieve 1ms response time. 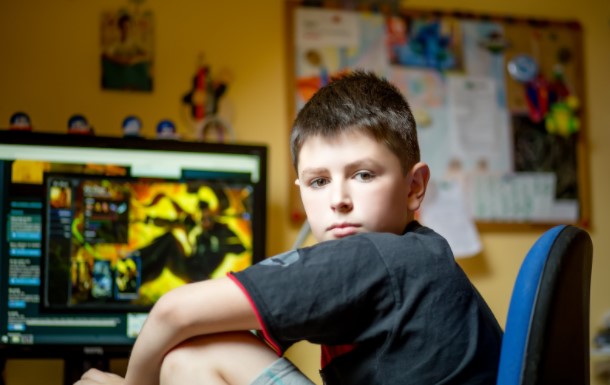 G-Sync or Free sync for the gaming screen?

Nowadays you see more and more monitors that are advertised with Free- or G-Sync. But what does that actually mean? These technologies are intended to ensure that the images are displayed more smoothly. In addition, they should minimize the effect of tearing (i.e. the image tearing due to fluctuating FPS). They do this by adapting the frame rate of the gaming screen to the graphics card depending on the situation.

The difference between the two variants is that G-Sync is offered by NVidia and has to be built into the monitor as a hardware component. Free sync, on the other hand, is software from AMD that is freely available to manufacturers. Your choice may also depend on the manufacturer of your graphics card. In addition, the technologies differ in the following criteria:

In general, the decision again depends on your own gaming behavior. These technologies are especially worthwhile for shooters, as the image display is a little smoother, which in turn can influence the reaction time. If you play more occasionally, you will hardly notice the difference between switched on or off Adaptive-Sync. Our recommendation: Don’t necessarily base your decision on this factor alone. 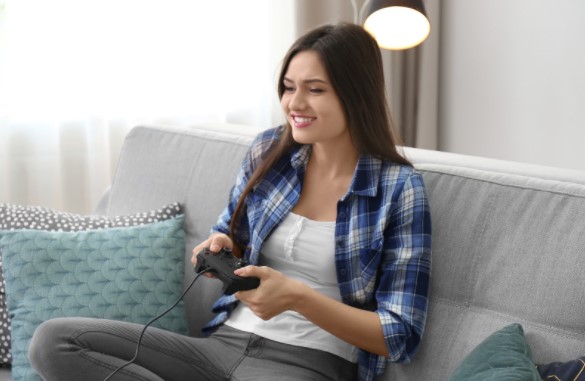 Connections on the gaming screen

A screen usually has a large selection of connections. To know which ones you really need, you should take a close look at your setup. The most important thing here is of course the video input. Most graphics cards have at least one HDMI and one DVI input. If, on the other hand, you want to connect your gaming monitor to the laptop, it often looks different. Here you usually only have one output, on which you should make the choice of your screen dependent.

It is also important that the connection is also suitable for the corresponding power that you want to transfer. For example, if you value a 144 Hz refresh rate, this will be difficult to implement with an HDMI cable. Even the 2.0 version manages a maximum of 120 Hz. For 144 Hz, however, we recommend a DVI-D or a DisplayPort cable.

What else does the monitor have to be able to do?

In addition to the functions already mentioned, there are many more on the market that are repeatedly advertised. We have listed the most important ones here. While they all certainly make sense for certain types of players, you definitely don’t need them all: 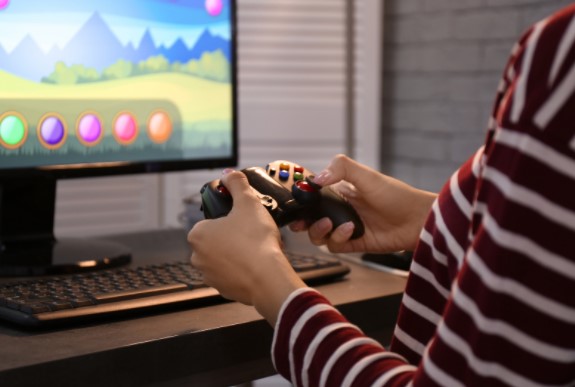 You have probably already noticed, but it can be very difficult to find your way around the technical jargon of the manufacturers. In addition, factors are repeatedly advertised that do not necessarily make sense for every player. Above all, it is important that you adapt your new gaming screen to your setup, but also to your own gaming behavior.

Specifically, this means: In shooters, Battle Royal, and other fast-paced games, a fast response time and, in connection with this, a high frame rate is important. However, you can do without large formats and high resolutions here. However, if you want to play scenic, imaginatively designed games, the opposite is the case. Even a curved screen can be great here to delve deeper into the world.