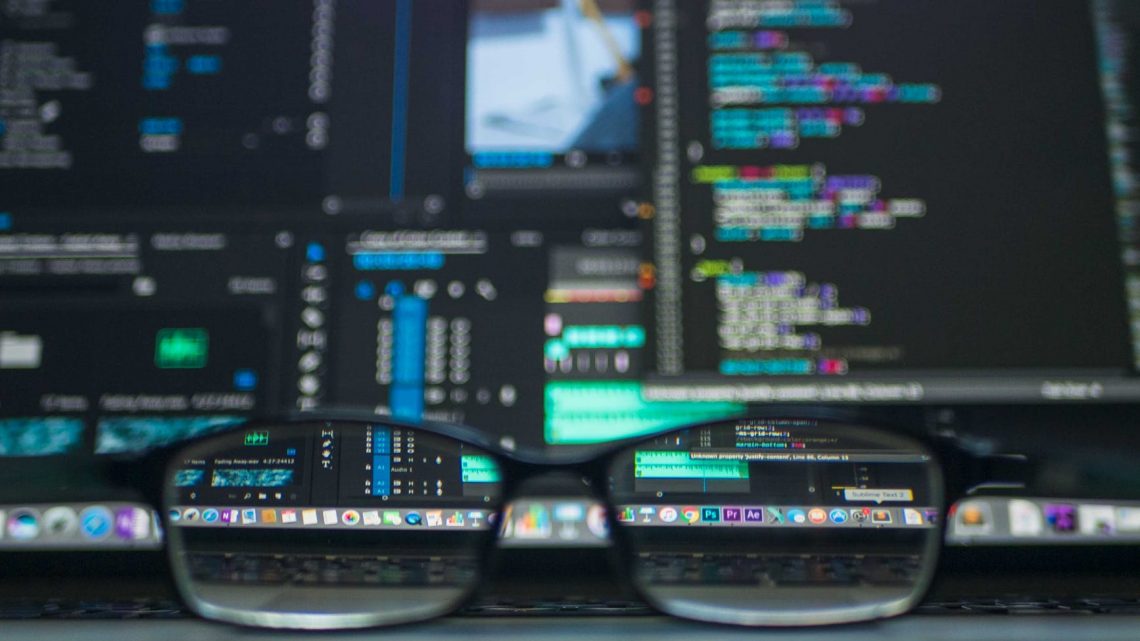 Mobile internet usage has long surpassed desktop usage. With mobile devices being just as vulnerable as computers, it is important to invest in security software designed specifically for their Android or iOS devices.

The best way to protect your mobile phones, iPods, tablets, and other mobile devices is by using a VPN app. Most major VPN providers have their own dedicated apps for Android and iOS, while other VPNs allow you to configure their network manually to access their mobile VPN feature. Unfortunately, there are also those that do not have mobile support at all.

A word of advice: make sure to avoid dodgy mobile VPN apps on Google Play Store and the App Store by reading reviews about these apps first. There are a lot of VPN apps that promise to provide free VPN service but hide the unsavory clauses of using the service. If you’re looking for a reliable VPN for your mobile security needs, you can choose any from the mobile VPN apps we’ve listed below.

What Should You Look For in a VPN App for Mobile?

There are several VPN service providers that offer great Android support. At the end of the day, the VPN app that you choose depends on you looking at the smaller details or your personal preferences.

When choosing the best VPN for Android, you need to consider a few things. First and foremost, a mobile VPN app should do what it claims to do: protect your personal data and privacy when connected to the internet. There is no use getting a VPN if it is not able to protect you completely at all. Check the basic security features, such as anti-leak functions, kill switch, encryption, and logging policy.

Next, it should be user-friendly and hassle-free as possible. Remember that you’ll be working on a limited screen so a tacky user interface or confusing navigation will make the app difficult to use. It should also offer enough options to allow for some tweaking of the configurations for more experienced users.

If you have a laptop or desktop, you’re probably going to want to use your VPN on those devices, too. It would help if you subscribe to a VPN that supports simultaneous connections on different devices.

VPN apps help to keep you secure when using your mobile phones.  But with hundreds of VPN apps to choose from, how do you choose which one to download?

To make it easier for you, we’ve listed down the 10 best VPN apps for iOS and Android mobile devices. Let’s go over them one by one:

Private Internet Access is an affordable VPN app with 3,069 servers located in 28 countries around the world. Private Internet Access does not log any data so you can be confident that your data remains private while using it. It also actively supports several privacy and open-source projects. It can unblock Netflix instantly and has some very useful expert-level tweaks for customization purposes. As an added privacy feature, Private Internet Access accepts anonymous payment. You can pay using various gift cards.

Private Internet Access is available for iOS, Android, Linux, Mac, and Windows devices. It costs $9.95 per month or $39.95 per year.

CyberGhost is a VPN service that allows users to surf the internet securely and anonymously. It supports OpenVPN, L2TP, and IPSec Protocols. It also has a connection kill switch feature, P2P support, IPV6 support, as well as DNS, IP, and WebRTC leak prevention.

CyberGhost VPN has more than 4000 servers to choose from, located in 115 locations across the globe. It allows up to seven simultaneous connections on all plans and is fully optimized for watching Netflix, BBC iPlayer, Hulu, and Disney+. CyberGhost VPN does not log connection data and has custom app protection.

This VPN is available on multiple platforms, including iOS, Android, Windows, macOS, TV, router, and browser add-ons. It has a 3-year plan that costs $99, which should be one of the lowest rates for a VPN.

ExpressVPN is located in the British Virgin Islands, which means that your data is completely protected and is not being logged. It uses OpenVPN and other military-grade security features, including 256-bit encryption and an automatic kill switch. It also protects against DNS leaks and supports split tunneling. Data sent over your mobile phone remains secure, even when you’re using a public network.

IPVanish VPN is a great app for surfing the internet anonymously using your mobile device. It has more than 1,300 servers found in 75 locations around the world, along with its 40,000+ IP addresses. It can support up to 10 mobile devices connected at the same time.

It uses military-grade 256-bit encryption to encrypt your mobile data and keeps a strict no-logging policy. Other security features include IPv6 leak protection, anonymous VPN for torrenting, unlimited P2P traffic, OpenVPN, and L2TP/IPSec VPN protocol. Unfortunately, IPVanish has no automatic kill switch in the mobile app, so you need to manually monitor your connection status to avoid data leaks.

The IPVanish mobile app is easy to use. Aside from iOS and Android Windows phones, this VPN is also available on Linux, Windows, Mac, and Chromebook. The monthly plan costs $10 per month, but you can save 57% by availing the $62.39 annual plan that comes with free 250GB Sugar Sync Cloud storage.

PureVPN has a great support website, with web pages dedicated to solving issues such as using VPN in China or unblocking Netflix. Although the company keeps some technical information about your activities, it has a strict no-browsing-log policy to make sure that your browsing history is not being tracked. It may not be as footprint-free as other VPNs, but its wide selection of security features make up for this flaw.

PureVPN has a huge collection of more than 300,000+ IP addresses, with more than 750 servers in 140 countries across the planet. What’s unique about PureVPN is that it provides real-time antivirus and malware protection. It also has a solid Internet connection kill switch, app filtering, web filtering, and a firewall-style option that allows you to specify which apps are allowed or not allowed to access the internet.

It is available on iOS, Android, Linux, Mac, Windows, Kodi, Android TV, and Fire TV. It also has support for routers. PureVPN costs $10.95 per month or $69 for 3 years.

Surfshark is a relatively new player in the VPN industry but it has already attracted a lot of attention because of its market-shattering pricing and performance. It might be one of the cheapest VPNs out there today, but it doesn’t lack in the quality department. And that applies to its mobile app, too.

Unlike other VPN service providers, Surfshark has almost the same user interface from desktop to mobile. This simplicity makes it easier for users to transition to smaller screen sizes. You can easily get to security features like the split tunneling, dedicated kill switch, and integrated malware blocker without getting lost in the navigation.

The main feature that differentiates this from other VPNs is the unlimited simultaneous connection. You can use the app on as many devices as you want, making it the best option for families and businesses.

Surfshark uses double encryption for maximum security, blocks ads, and malware via Cleanweb. Other security features include killing switch protection, split tunneling, and camouflage mode.  The VPN’s server network is always growing, with more than 1041 servers that can be used to access content from 61 countries.

The NordVPN app is a very popular VPN service with millions of downloads. It has a Double VPN technology that routes your connection through two separate VPN servers, instead of just the one. This adds an extra layer of security and makes your activities almost impossible to track. NordVPN also implements a zero-logging policy, which means that it does save any data about your online activity.

Although NordVPN’s focus is obviously on security and privacy, this app doesn’t lack in other areas. NordVPN’s app is easy-to-use. It is pretty basic, though it lacks advanced configuration options compared to the desktop app which has a much better interface. However, it also has some practical features like the option to automatically launch the VPN service whenever you connect to a Wi-Fi network. The app is also equipped with a live chat feature for real-time customer support.

The mobile NordVPN app has a custom DNS server and uses OpenVPN TCP instead of UDP. It also uses AES-256 encryption technology. Other features include an automatic kill switch for when the VPN connection fails, DNS leak protection technology, and CyberSec. It also has 5551 servers spread across 59 countries around the world.

NordVPN has an app for most major platforms, including Android, Windows, macOS, iOS , Android TV, Linux, Chrome, and Firefox. It costs $11.95 per month, but you’ll save almost 70% when you avail of the 3-year plan which costs $125.64 only.

PrivateVPN is a budget-friendly VPN service equipped with high-end security, easy installation, and lots of premium features for mobile users.

It uses 256-bit encryption and protects against IPv6 and DNS leaks. This Swedish-based VPN may be located within the 14-Eyes jurisdiction, but it keeps a ZERO Data Logging Policy, which means that no data logs are kept that can be seized by the government. It has 150 servers located in 60 most-popular countries and the app allows up to six simultaneous connections.

VyprVPN for mobile provides all the security features you need from a VPN, all available in a user-friendly app. It uses 256-bit encryption, keeps no logs, provides DNS leak protection, and has an automatic kill switch.

You can connect as many as five different devices simultaneously, enjoy unlimited streaming, and bypass censorship easily. Its Chameleon technology scrambles the OpenVPN metadata to disguise it as regular traffic under deep packet inspection, allowing users even in highly-restrictive countries like China and Russia to use VyprVPN without being detected. VyprVPN owns all of its servers, so the users enjoy fast and reliable VPN connections from more than 700 VPN servers around the world.

VyprVPN is available for Windows, macOS, Android, iOS, routers, and TVs. This service costs $12.95 per month, but you’ll save a lot of money when you get the two-year plan for just $60.

SaferVPN is a user-friendly and easy-to-install VPN app that operates more than 1300 servers across 50 countries. It allows you to access blocked sites, surf privately, and secure your internet connection using this lightweight VPN app.  It is equipped with 256-bit bank-level encryption, automatic Wi-Fi security, and a proactive VPN kill switch to guarantee your privacy. It also has a strict no-logging policy so you rest assured that your network traffic is not being logged or monitored.

SaferVPN has an app for major platforms, such as Windows, Mac, iOS, Android, Chrome, and Firefox. You can avail of the annual plan which costs $65.88 or the three-year plan for $89.99.

Finding the best VPN for your mobile device can be quite challenging because you need to do lots of trial-and-error to figure out how each VPN app works. To save you the trouble of going through all that hassle, you can simply choose from any of the VPN apps on the list above because all of them are definitely reliable and among the best.

Marketing automation software can be a game-changer for your e-commerce business. Whether it is publishing social media posts, sending out…

Buying a gaming laptop is not a simple task. There are many things that need to be understood, considered, and…

Email marketing may be one of the oldest tricks in the digital marketing book, but it is a trick still…

Why you should care about your online anonymity?

The internet once seemed like a place where people could hide their real-world identities and create a totally new persona.…